This course is specifically designed to develop the subject knowledge of qualified teachers who did not train as maths teachers. It is also suitable for returning teachers who need to refresh their subject knowledge. The programme runs over 9 sessions which will build your skills and confidence to deliver good and outstanding maths lessons up to GCSE, address misconceptions and improve your understanding of how key ideas develop across the key stages. This high quality training opportunity has been developed in collaboration with the Centre for Innovation in Mathematics Teaching (CIMT) and is completely FREE OF CHARGE through funding from the DfE.

Our maths TSST course is offered in two locations this year. The course in Malmesbury is face to face sessionssupported by online resources and the course in Melksham is a mixture of face to face and online training sessions. Please choose the one that suits you best.

Why apply for this course?

If so, you could get FREE training from AvonTSA.

Our teacher subject specialism training (TSST) is designed and delivered by experienced teachers and is supported by online learning and assessment from Centre of Innovation in Mathematics Teaching (CIMT) at the University of Plymouth. The programme includes face-to-face sessions, gap tasks, problem solving and micro teaching tasks. Details can be found on the flyer.

Feedback from schools is that training has positively impacted on the confidence and effectiveness of non-specialist teachers. Other benefits include:

This course provide high quality professional development to those teaching or needing to teach the Level 3 Core maths courses in secondary schools. This course is also open to returners to teaching who wish to upgrade and revise their mathematical skills whilst gaining up todate teaching experience.  This high quality training opportunity has been developed in collaboration with the Centre for Innovation in Mathematics Teaching (CIMT) and the Boolean Maths Hub and is completely FREE OF CHARGE through funding from the DfE.

The TSST training for maths at Malmesbury School has set up an opportunity for me that I would not have otherwise had. As soon as I heard about the programme I signed up for it and I have not regretted it once.

There were several others on the course and everyone it seemed had different circumstances or perspectives on the training. For me, it meant the possibility of training as a maths teacher and learning to teach a completely different subject from my current one. The course completely satisfied my needs in this respect and talking to the other participants, the course was flexible enough to cater for them too. From teachers new to maths to cross phase training everyone seemed to be properly challenged and to gain so much from the course. 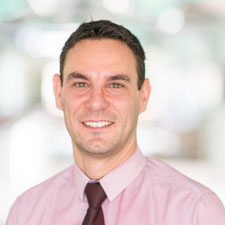 Stephen’s career in education has spanned over 16 years. His passion and enthusiasm for teaching Mathematics has seen him hold a number of roles within the Maths department in all the schools in which he has worked. He has had responsibility for all the Key Stages at various times during his career. Stephen is currently Second in Faculty at Malmesbury School and he has responsibility for KS5.

Stephen has always seen the importance of sharing good practice and supporting colleagues; he has mentored many PGCE students and NQTs and has facilitated CPD to staff within his faculty and beyond. Stephen has been involved in the planning and delivery of the Secondary Maths TSST course at Malmesbury School for the past two years and is an NCETM Advanced Mathematics Professional Development Lead. 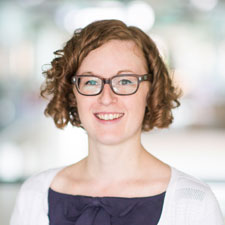 Ruth has been teaching at Malmesbury School for 7 years. She is an SLE and is returning to Malmesbury after seconding to The Dean Academy, a partner school in the Athelstan Trust.

Ruth has undertaken a variety of roles whilst working in the trust. In September 2014, Malmesbury opted to offer Core Maths as a compulsory subject to all eligible students. Ruth became the Core Maths Coordinator for the course and then progressed to becoming a Core Maths Lead for the Wiltshire/South Gloucestershire Region.

During her time as a Core Maths Lead Ruth worked closely with the GLOW Maths Hub where she was the Level 3 Lead. This involved liaising and communicating with key partners in the Hub area, including the Advance Maths Support programme and leaders of Level 3 Maths practice in schools and colleges across the GLOW region and beyond. In this role Ruth promoted and hosted a range of events to support teachers and schools in delivering Post 16 mathematics qualifications.

Ruth was Director of Maths and Computing whilst on secondment at The Dean Academy. During her secondment she coached colleagues across all departments as well as mentoring TeachFirst participants in Maths and English. Ruth also supported the Maths department in making crucial curriculum changes in KS3 and KS4 to improve student outcomes.

Ruth is passionate about sharing good practice and supporting colleagues; she has a wealth of experience in mentoring.  Ruth has been instrumental in developing, coordinating and delivering the Maths TSST programme at Malmesbury School. 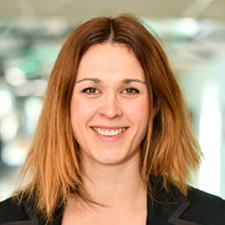 Emma-Jane is a practising maths teacher with fourteen years experience in secondary schools. Having taught in inner city Nottingham for four years she has now works at Malmesbury School. She was an Advanced Skills Teacher for 3 years doing both in-reach and out-reach work, before becoming Head of maths and computing 6 years ago.

As head of a core subject and large faculty Emma-Jane is adept at managing staff and leading from the front to ensure the best possible outcomes for students. She was part of the team that implemented the maths TSST programme and supported the level 3 core maths implementation. She has lead the curriculum changes at KS3-5, choosing new SOW and ensuring assessment is thorough and fit for purpose, liaising with exam boards to ensure the faculty stays at the forefront of new developments.

Emma-Jane has a PGCertificate in Mathematics Leadership and completed an action research project on the assessment cycle. She runs internal CPD workshops every year on areas such as behaviour management, questioning and being an effective teacher. Emma-Jane has mentored both newly qualified colleagues and those with more experience that need support to improve both within her faculty and in other schools. She is an outstanding teacher and has been observed countless times by internal and external staff to model outstanding practise and also has extensive experience of lesson observation to help staff move forward with their own practise. She has successfully run projects with feeder primary schools and has done a lot of work on engaging students with maths outside of the classroom. 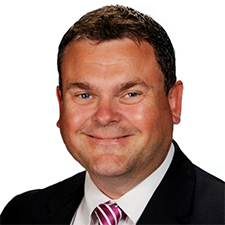 I have been the coordinator for Poole TSST for the past five years; a programme which trains non-specialists to become Maths teachers. The course has benefitted a large range of local schools where there has been a demand for well-qualified maths-trained practitioners. From 2018 my role has expanded to oversee TSST training across the Southwest in Maths, Physics and Modern Languages. In the last two years I have become an NCETM Accredited Professional Development Lead and Specialist Leader in Education, working closely with teachers on Maths-based SSIF projects. I have previously been a head of department and manager of the Dorset Further Maths Centre during my twenty three years in education, teaching in a range of secondary settings.

I feel confident to offer a range of support to schools including supporting non-specialists to move towards good and outstanding practice. This includes developing Mastery at key stage 3, conceptual and procedural pedagogy, higher order questioning, reasoning, problem solving and teacher feedback. I am also keen to support teachers in planning and assessing the GCSE curriculum.

I am a keen traveller and for several years I have led a school trip to Cape Town where students have the opportunity to engage in a range of cultural and educational experiences.